Wondering what is the best time to visit Mykonos island? Read our detailed guide below and make plans upon your personal vacation style!

The tourist season on Mykonos generally begins around Greek Easter (April) and runs till the end of October. Peak season is from mid-July till the end of August and the island attracts visitors of all age groups. The best time to visit Mykonos island really depends upon your preferences.

If you want to go to Mykonos when the place is packed wall-to-wall with people, both in Mykonos Town and at the beaches, then August is the best time to go. But that’s also when prices, particularly for accommodation are highest.

Many people consider September and October the best time to visit Mykonos because the August crowds are gone! The sea is still warm and perfect for swimming. The island also has a mellow, laid-back vibe as the tourist season starts winding down.

Others prefer going in the spring (May or early June) when the tourist season is just starting up. The island isn’t crowded, shopkeepers and restaurant staff aren’t burned out from long summer hours serving endless hordes of tourists, and the low season prices, especially for hotels are much more reasonable than they are during the peak of the summer. The downside to Mykonos in the spring is that the sea is still chilly for swimming, but the weather is generally sunny and warm and you can still enjoy the beaches.

If you’re hoping to visit Mykonos at a time when there will be plenty of partying going on, and all the bars and nightclubs are in full swing, then July and August would be the best times to visit Mykonos island!

So here’s a small breakdown of how is Mykonos island, through the various tourist seasons 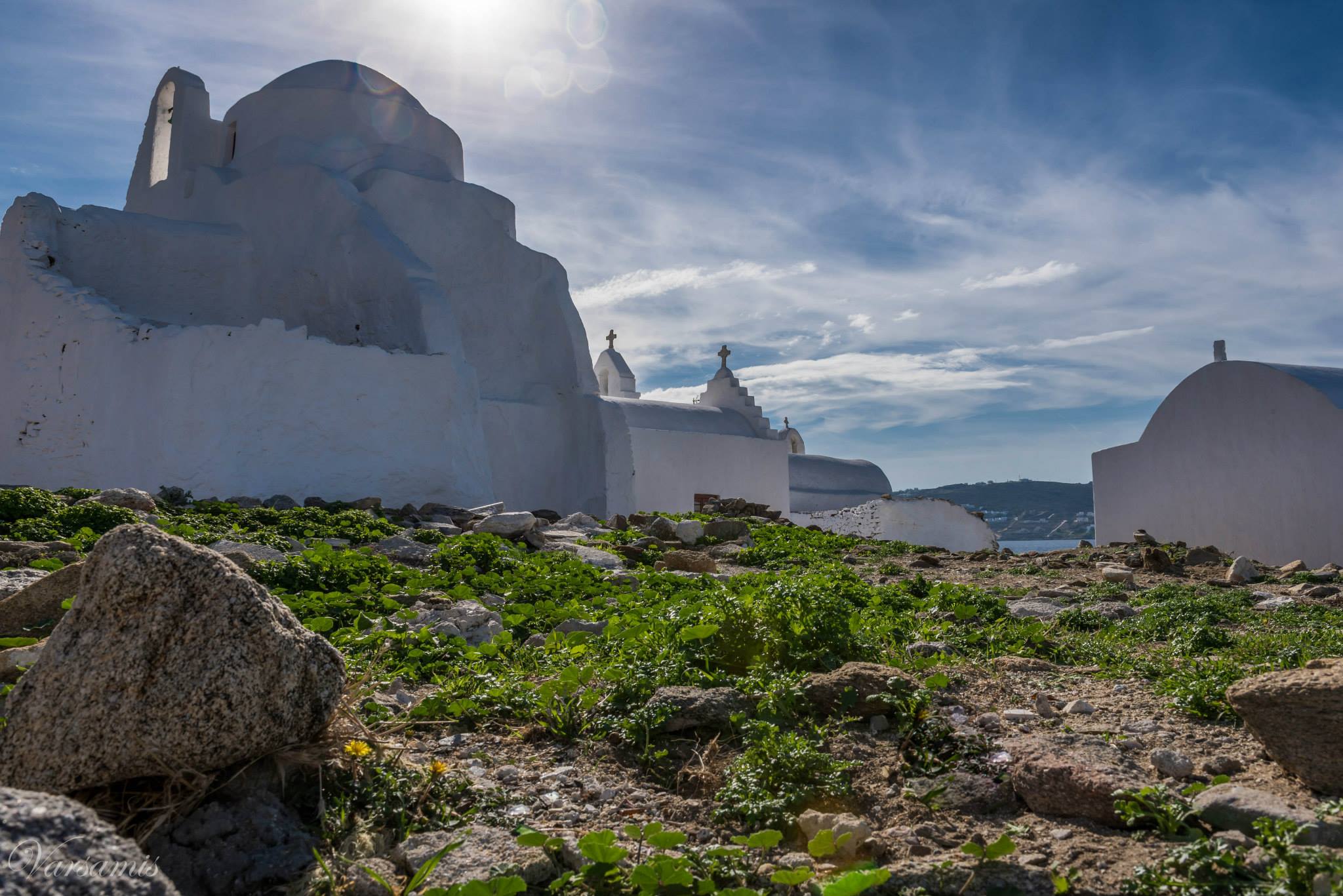 This is, without a doubt, the best time to visit Mykonos island for saving money! You’ll trade diminished crowds and party activity for more personal space on the beaches (the weather is quite nice). A big plus is also the cheap prices on accommodation you will be able to find during these months. But there’s also a lot less going on, so you need to weigh the pros and cons. Also, there are no guarantees about gray skies, chilling weather, or even some light rain. Although the last week of April, definitely May, and the first three weeks of October can often surprise visitors with great weather conditions. Nightlife is still quiet but a few bars in Mykonos Town will be open and have something going on. Transportation, food, and drink prices tend not to vary much by season.

During the medium season, travellers will enjoy great weather, sunny and warm but not hot like July and August. Most of the shops are open, the day becomes bigger and you can expect light until 8 o’clock in the evening. Tourists are around but it’s never crowded and nightlife is thumping. Beach parties with DJs start about mid-June. The last big club events are taking place sometime around the end of September. The prices of the hotels are a bit higher than low season but still in reasonable levels. In September is also the best time to visit Mykonos for it’s Gay-Friendly Life! Most gay couples prefer this period to visit the island. Although Mykonos is well-known for being open-minded during the past 40 years and welcomes everyone from the gay community during all months.

In high season, Mykonos sees nonstop action. In July the island is getting really busy but still a little less insane than August. Hot weather, huge beach parties, and Mykonos Town bars are getting crazy and fun. Until mid-July, you may still be able to find accommodation within reasonable rates but as the month is ending, the rates peak with the temperatures.

In August, the busiest month of the year is when you’ll find the most fun club parties, the wildest nightlife (in town and at the beach), and hottest weather (though it can be windier than July and September). The Greeks and Italians use to go on vacation from the 1st to the 20th of August and the island is packed with locals and tourists. The parties are at full speed and all the spots are congested. The sea is at its warmest level and you will surely enjoy swimming and sunbathing.

On the other side, you will experience a lot of traffic and you will lose time going to the beaches. The prices are the highest of all year and you should pre-book well in advance! If you want to pay anything less than the premium you should make your reservation in early spring. Don’t just drop to the island during August and expect to find a decent place at a decent price.

Off Season: November till March

November and March are almost like winter! Although there’s still a little bit going on in Mykonos Town and you’ll be greeted with discounted rates! The weather will be cool but with some good luck and a late-season warm spell, it’s possible to swim in early November. Although the beaches will be deserted.

From December to February the island is very quiet. The weather is temperate by northern European standards. Sunny days are not unusual but be prepared for plenty of rain, grey skies, and chilly winds. Most businesses are closed but there’s always something open to get by.