The Church of Panagia Paraportiani is situated in the area of Kastro, right by the sea, in Mykonos Town (Chora).

This lovely church is among the most photographed churches not only in Mykonos, but in the whole world. Its name literally means “Our Lady of the Side Gate” in Greek, as its entrance was found in the side gate of the entrance to the Kastro area.

In this location, during the Middle Ages, there was a tall, fortified tower, side by side and above one of the entrances to the Kastro (castle). This impressive, whitewashed church actually consists of five separate churches which are joined!

The four churches (dedicated to Saint Eustathios, Saint Sozon, Saints Anargyroi and Saint Anastasia) are at ground level and constitute the base of the fifth church that has been built above them.

Construction of Panagia Paraportiani church started in 1425 and was not completed until the 17th century. The oldest of the four is Saints Anargyroi, which was built in the late 14th century. The other churches, which all are in different architectural styles, mixing Byzantine, vernacular, traditional and western style, were built in the 16th and 17th centuries, and by 1920 the building underwent several renovations.

The church is notable for an almost complete absence of external decoration and the low, large dome above almost merges with the church roof, lending the whole building an air of solidity.

The Panagia Paraportiani church which is impressive for its shapes plasticity, is certainly one of the island’s trademarks. 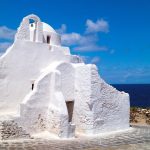 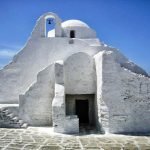 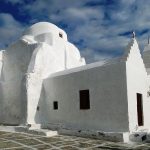 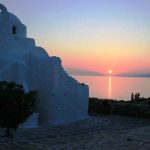 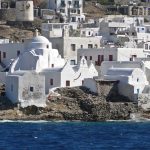 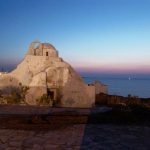 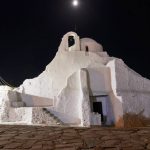 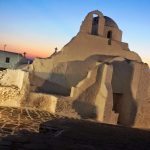 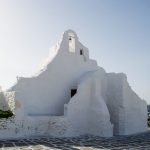 Local Expert Rating
Travellers Rating
[Average: 4.5]
You must Log In to vote