The house of Lena (or Lena’s House) is a 19th century middle-class Mykonian residence!

Situated at Enoplon Dinameon street at Tria Pigadia (“Three Wells”) neighbourhood, and next to the Aegean Maritime Museum, this charming house is an interesting step back into the island’s rich social history

The house is an annex of Mykonos Folklore Museum and bears the name of its last resident, Lena Skrivanou, who died in 1968. Only a few people know that this historic property in Mykonos Town has been converted into a museum.

Lena Skrivanou’s inheritors, Georgios and Ioanna Drakopoulou, donated it to Mykonos Folklore Museum in 1970, and the house opened to the public in 1972.

In the living room, be sure to look at not only the furniture but also the prints, the embroideries, the mirrors and the decorative plates. From the bedrooms, fitted with Viennese furniture, continue to the rear courtyard to see a copy of one of the famous Mykonos dovecotes.

Before you leave, take a look at the display case of the 18th century Mykonos woman’s costume. It was assembled by the costume designer Giannis Papadakis- Metzikof, using old woven fabrics and based on the description of the French travellor and botanologist Joseph Pitton de Tournefort.

In this elegant and comfortable atmosphere you can admire beautiful furniture and various objects of the era.

Lena’s House is open to visitors from April till October every day from 18:30pm till 21:30pm. 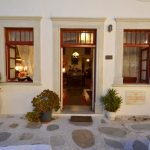 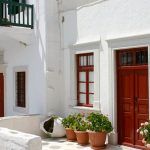 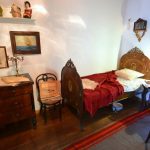 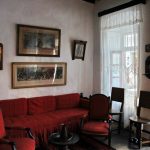 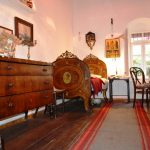 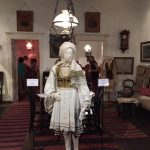 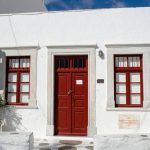