The 3rd Mykonos Folklore Festival will take place on May 20th & 21st! 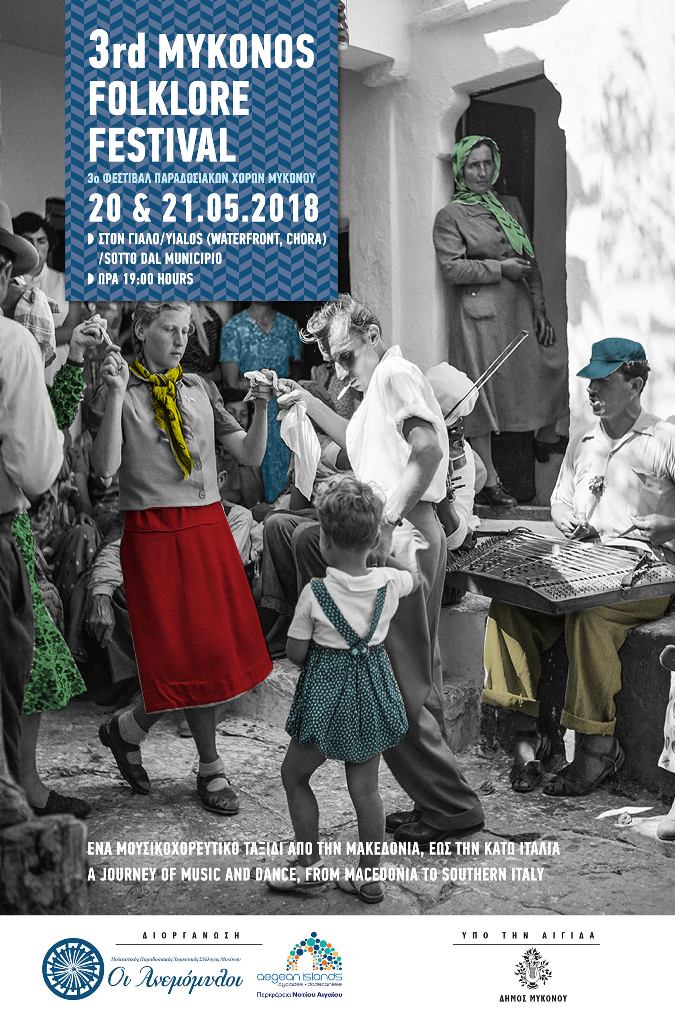 This year the Mykonos Folklore Festival offers a journey of music and dance from Macedonia to Southern Italy!

In a friendly atmosphere, amateur but nonetheless highly accomplished folk dance groups will perform to display of how tradition unites people and cultures through dance.

On the first day, May 20th at the waterfront of Mykonos Town (Chora), from 19.00pm the Windmills dancing team will present moves from Macedonia and the islands under the sounds of traditional Greek songs.

On the second day, May 21st, same place and time, Tarantesys dancing group from Lower Italy will perform a music-dancing recital that reveals through a cultural bridge, the fermentations of interaction of our peoples.

The Mykonos Folklore Festival is a co-organization of the Windmills dancing team and the tourism department of the South Aegean Region under the auspices of the Municipality of Mykonos and the support of the Art Festival.

So if you are going to be in Mykonos those days you really shouldn’t miss this!

For more information about the festival check the facebook event here! If you feel like singing or dancing, the group is organizing workshops and seminars that you can find in the link here!